Everything you need to know about fiscal policy explained.

Fiscal policy refers to a government’s approach to public spending and taxation, and how these influence economic conditions such as inflation, employment, and demand for goods and services.

Generally, fiscal policy is used to promote and stimulate economic growth while reducing poverty, or it’s used reactively to mitigate the effects of global economic shocks or downturns.

Key takeaways from this section:

Most modern fiscal policies are heavily based on the ideas of John Maynard Keynes, a British economist of the early 20th century who promoted the concept of governments taking an active role in their economies with a system that became known as Keynesian economics. Keynes made the case that governments should be able to regulate the economic output of a nation by adjusting spending and taxation, and thus weather recessions by making up for shortfalls in the private sector. This was in opposition to the previously held belief that markets and national economies could balance themselves and self-correct in the face of downturns.

There are many factors that can cause an economy to shrink or fall into recession, from changing political climates, to consumer fear or uncertainty, to natural disasters and more. A crash can also be preceded by runaway excess and unsustainable economic growth. Fiscal policy is designed to counteract these effects and manage the dips and rises through public spending and taxation.

An expansionary fiscal policy aims to mitigate the effects of an economic downturn by stimulating demand and growth. Lowering taxes can mean consumers have more money to spend, thus creating more demand and fuelling growth through increased employment. Likewise, an increase in government spending, such as on public infrastructure projects, also fuels employment and a growth in demand. This also means running public finances at a deficit during tough economic times.

A contractionary fiscal policy seeks to restore some balance to the economy in the face of runaway growth and inflation and the threat of an economic crash. This can be done through an increase in taxes and a reduction in public spending, as well as reducing the public sector workforce or cutting wages. Interest rates can also be raised to restrict the supply of credit and slow inflation. This usually results in a government running a budget surplus, which can also raise public opinion issues in the face of wage cuts and increased taxes.

Fiscal policy is a tool of government, and usually the responsibility of the Treasury along with direction from the Prime Minister and the Cabinet. The budget also has to be scrutinised and approved by Parliament before its fiscal policy changes can be enacted.

Fiscal policy is an important method for government to be able to influence and manage the economy, helping to stimulate growth and demand, and mitigate the impacts of financial crashes or other disasters that could otherwise cause greater harm.

Have you thought about Invoice Finance as a cash flow solution for your business?

Invoice finance allows you to release cash quickly from your unpaid invoices.

As your lender, we can release up to 90% of your invoices within 24 hours. On payment of the invoice from your customers, we will then release the final amount minus any fees and charges. There are different types of invoice financing options available to businesses depending on the situation and the level of control they require in collecting unpaid invoices.

We are an invoice financing company who offer a solution whereby payments are collected on your behalf managed by our team of expert credit controllers so you can focus on running your business. Our Confidential Invoice Discounting solution is offered to businesses who want to maintain their own credit control processes, therefore this remains strictly confidential so your customers are unaware of our involvement. 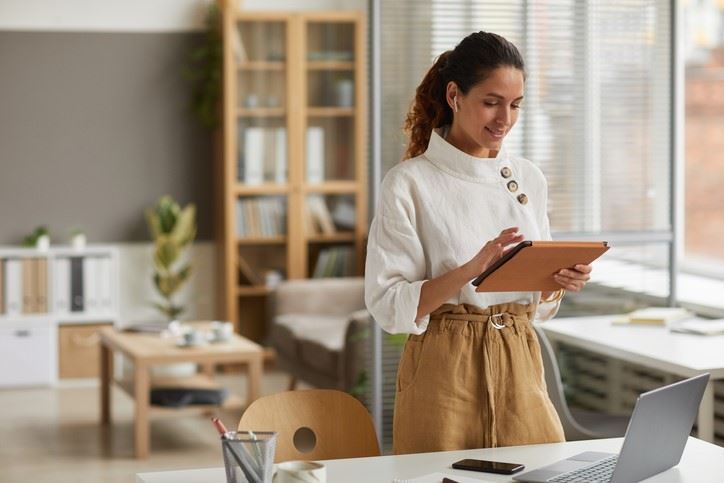 Get a quote
Invoice finance calculator

Our Cash Flow Resource Hub has been set up to help SME's with cash flow finance advice, tips and resources to help with their cash flow position.

We explore ways you can begin improving your cash flow situation and start getting your business on track to positive cash flow.

Halo is one of the smartest bits of tech I have seen & every team is only as good a it's people and I would like to take this time to actually specifically point out Alex Hall & Claire Davies. Alex is an account manager that has continually improved during our time working together and is a real credit to Novuna. Claire has been exceptional from start to finish; meticulous in her work and very patient with us at every temp - an absolute star. It is a shame that the email address went to a generic platform and not each individual. I totally understand why this works better for companies but it did mean that the personal element was lost meaning that starts like Claire will be harder to identify from a customer point of view.

My company was in need of invoice factoring to assist with the cashflow due to the nature of debtor days with our clients. After looking at a number of options, the right decision was made to work in partnership with Novuna Business Cashflow. Right from setup through sales to customer service, the communication and support has been outstanding. Providing me with all the information I needed regarding new clients coming onto our books. The system they use is so user friendly and the drawdown payments are very efficient in the fast moving world of temporary payroll. This has allowed my company to look at positive growth knowing we are safe financial hands. I would highly recommend Novuna Business Cashflow 10/10.

Set up went well and communication was good.

Very helpful from the start

Jemma from Novuna (formally Hitachi) was brilliant. Worked with us throughout the process and succeeded when some others had failed. Carried out the necessary checks with a smile and cheery demeanour, making what would have been a laborious process quite manageable.

It's still early days so I may alter this review at a later date. However with retentions and concentration limits and other items, were finding were not getting 85% up front, were probably getting nearer 70% Also when a customer pays the remaining allegedly 15% due to us seems not to be credited to become available. For instance a customer paid Â£6918 and a customer paid Â£1300 hence we should see an extra Â£1330 available (15% of both these payments). However availability seemed to go down and not up by Â£1330 !!! Hard to work out where this 15% has actually gone ? I'll re-submit this review when things become clearer.

I found Hitachi true to their world in every aspect of the service they promised. I can't recommend enough.

Excellent customer service from start of initial conversations, right through to finally becoming a customer. The whole team involved are a credit to Hitachi, they were accommodating and informative the whole way along the process. I would highly recommend Hitachi to future clients and business associates. Thanks Alan.

I really enjoyed working with the Hitachi team, professional, helpful and really good people to deal with. They have made what could have been a very difficult experience a pleasure. Very happy to recommend them.

Hitachi made the process of moving factoring facilities painless, bearing in mind we previously had our facility with the same provider since 1997. I cant fault Hitachi's staff and processes and we are delighted with the move.

Staff excellent all together professional

From start to finish the process for transferring our invoice finance to Hitachi has been been brilliant, a smooth transition, great communication our link Person Jonathan Oakes has helped the process go through seamlessly, A great experience so far and a brilliant start to what we hope will be a long term partnership.

Please complete this form and one of our friendly advisors will call you back.